Microsoft has announced that it will acquire Nokia’s devices and services unit and license the company’s mapping services in a deal worth $7.2 billion. The deal comes on the heels of announcing the planned retirement of Microsoft Chief Executive Steve Ballmer. As part of the deal for the devices-and-services business, Microsoft will bring aboard several executives who could be contenders for Mr. Ballmer’s job.

The software giant will pay $5 billion for most of Nokia’s phone unit and another $2.2 billion to license its patents, the companies announced. As part of the deal, Stephen Elop will step down as Nokia chief executive to become the executive vice president of the devices and services division.

Elop, a former Microsoft executive, is one of a handful of candidates suggested to replace Microsoft Steve Ballmer, who is expected to retire by next summer.

The deal with Nokia is an apparent acknowledgment that Microsoft needs a stronger hand to play in the mobile-phone business, where it is playing catch-up to Apple Inc. and Google Inc. Microsoft’s lagging position in mobile is one of the most serious threats Mr. Ballmer’s successor will need to tackle. The deal also is a recognition by Nokia that it is better to sell off its smartphone business than take on rivals like Apple on its own.

“Today’s agreement will accelerate the momentum of Nokia’s devices and services, bringing the world’s most innovative smartphones to more people, while continuing to connect the next billion people with Nokia’s mobile phone portfolio,” Ballmer and Elop said in a joint statement.

“For Nokia, this is an important moment of reinvention and from a position of financial strength, we can build our next chapter,” Siilasmaa said. “After a thorough assessment of how to maximize shareholder value, including consideration of a variety of alternatives, we believe this transaction is the best path forward for Nokia and its shareholders. Additionally, the deal offers future opportunities for many Nokia employees as part of a company with the strategy, financial resources and determination to succeed in the mobile space.”

The acquisition suggests that like Apple, Microsoft believes it needs more direct control of handset manufacturing to succeed in the smartphone market. The relationship between Nokia Microsoft and Nokia began in February 2011 when Elop, who had arrived at the beleaguered Finnish handset maker from Microsoft five months earlier, announced at a developer’s conference that Nokia was adopting Windows Phone 7 as its primary smartphone OS.

“Building on our successful partnership, we can now bring together the best of Microsoft’s software engineering with the best of Nokia’s product engineering, award-winning design, and global sales, marketing and manufacturing,” Elop said in a statement. “With this combination of talented people, we have the opportunity to accelerate the current momentum and cutting-edge innovation of both our smart devices and mobile phone products.” 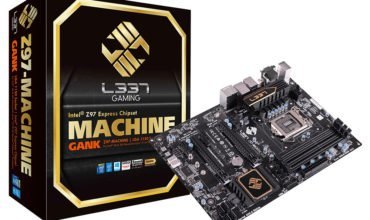