All eyes and ears are on Tuesday, when Apple launches the much-awaited 5S iteration of the iPhone. Multiple rumours suggest that the new iPhone 5S will accompany a subtle design distinction, along with new Gold and Graphite colours. The home button of the iPhone 5S is also expected to have a built-in fingerprint scanner on the home button.

Various media outlets had recently released high-resolution photos of a sensor purported to be attached to the new home button, but there has need no independent corroboration of the actual functionality of the leaked part.

Meanwhile, FOX News claimed last month, that “sources” had told them that the home button will “have a silver ring around it.” Th speculation has since been raised due to the inclusion of three silver-bordered rings on the invitation for Tuesday’s announcement, along with the brightly-coloured circles reminiscent of the iOS 7′s new palette.

Most media outlets have indicated that initially the sensor will be able to authenticate a user on the device, as the lock screen passcode does now, but not yet be capable of secure payments. The payment piece will obviously be a really big deal, and many companies are pursuing that grail, but fingerprint authentication, if it works reliably, will be a big boon to Apple in winning over enterprise IT departments.

According to Wells Fargo analyst and AllThingsD contributor Maynard Um, “Enterprises want to know devices are in the right hands, and this pretty much guarantees it. [the inclusion of a fingerprint scanner] addresses enterprise security issues for Apple and will open up that market to the company more.” According to Um, Apple bought the new technology from Authentec.

“Everyone is looking at what this new phone can do, and one of the key things is fingerprint authentication,” Um told USA Today. “People are underestimating what this technology can do.” Indeed, the authentication feature has been the one genuinely new aspect of the 5S that has surfaced, leading me to speculate that the “S” will stand for “security.” In combination with iOS 7′s iCloud Keychain, the fingerprint scanner could make the use of the new iPhones both more spontaneous and more secure. 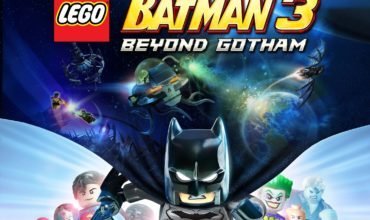