ADATA Technology, a leading manufacturer of high-performance DRAM modules and NAND Flash storage application products, today announced the Middle East release of the DashDrive Air AE400, a versatile wireless reader that can read and stream data from USB storage media and SD memory cards, and also functions as a power bank that can charge other mobile devices.

As smartphones and tablet computers continue to replace traditional desktop systems in worldwide markets, wireless network availability and power charging sources become omnipresent requirements. The AE400 can be an easy to operate wireless hotspot, with support for 802.11 b/g/n wireless networking. When functioning as a network bridge, the internet connection can be shared by up to 10 devices at the same time.

As a storage reader, the AE400 permits for wireless data transfer between mobile devices and SD card, USB flash drive, or portable HDD. It supports up to 3 users simultaneously streaming 1080P video, or up to 5 users simultaneously streaming 720p video. Supported operating systems include iOS, Android, Windows (XP, Vista, 7, 8), OS X, and Linux 2.4+. The DashDrive Air Elite App (for users of iOS 5.0 & Android 2.3 or later versions) is free for download from both the Apple App Store and Google play.

The surface of the AE400 gleams with a modern, hexagonal lattice design, giving a hint of the potent integral power bank within. The power bank has a capacity of 5000 mAh, which translates to a charging capacity of approximately two full charges for a smartphone. This combination of functions- USB storage & card reader, and power bank, make the DashDrive Air AE400 an extremely versatile and multifunctional addition that can reduce the number of electronic accessories needed for full data access on the go. 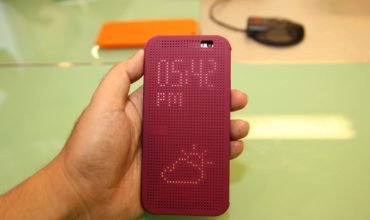 Innovation is Key to Our Success: XTouch 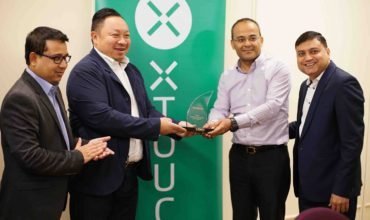