OUYA, a new kind of game console for the television that brings together an open development experience, is set to be released at the opening of this year’s edition of Gaming Alliance Middle East (GAMES13), the region’s biggest video game show, which will take place on September 26, 2013 and will run until September 28 at the Dubai World Trade Centre (DWTC).

The release of the new console is being launched through its distributor ‘NEWTEK’ and complements recent industry reports forecasting that the Middle East gaming market is fast approaching USD 1 billion in total sales revenues. ‘letstango.com,’ an online shopping portal, will be showcasing the OUYA console at the company’s stand located at the DWTC’s Hall 1, stand number S-16. In addition, the new console will be made available through ‘letstango.com’ and also at Virgin Megastores, with a retail price of AED 539.

According to the reports, the predicted USD 1 billion in sales revenue in the Middle East covers both software and hardware sales, as well as online subscriptions and micro-transactions. Industry analysts are also predicting a 10 per cent Year-on-Year (YoY) growth over the next few years. The regional release of OUYA proves to be both timely and strategic, as gamers will now have access to 440 developed games which can be downloaded through DISCOVER, OUYA’s online store front. All games are initially offered free-to-try so gamers can test the game out before purchasing.  OUYA, which comes with a controller, is easy to install via the HDMI port on any TV set, and US$10 prepaid cards available priced at AED 49.

OUYA is built on an open operating system with a custom interface and store focusing on the fun factor of the games being offered. The console comes with a NVIDIA Tegra-3 Quad Core CPU and a memory capacity of 1 GB RAM and storage of 8GB internal flash storage (Expandable thru a USB Port). OUYA can be connected via WiFi, an Ethernet port and also thru Bluetooth.  OUYA’s game controller has two analog sticks, a D-Pad, eight action buttons, a system button, and touchpad. The controller is connected via Bluetooth and runs on two AA batteries. OUYA is easy to install via the HDMI port on any TV set.

“We are excited to be partnering with Let’s Tango to bring OUYA to gamers throughout the Middle East,” Said Brad Wildes, Head of Sales for OUYA, Inc. “With more than 440 games, all free-to-try, OUYA is thrilled to join the quickly growing games industry in the Middle East.”

“The Middle East region is home to a continuously growing gaming community—from game console hobbyists to online gaming enthusiasts. We are confident that the release of the new OUYA gaming console will be well received by gamers of all ages,” said Alex Tchablakian, Marketing Coordinator, ‘letstango.com.’ “OUYA is fast becoming a crowd favorite with its use of the open development, HDMI resolution, its internal 1.7GHz Tegra 3 processor and access to over 440 games that are free to try. GAMES13 represents an ideal platform to meet with members of the gaming community and learn more about the equipment they use, the games they play and the brands they patronize.”

“OUYA’s open system philosophy and low price are notable. Its smooth, brushed metal exterior makes it look lovely sitting next to your HDTV. OUYA is sure to fly off of Virgin Megastore’s shelves this season. Virgin Megastore has widespread operations in the UAE with six stores in Dubai and two in Abu Dhabi having a presence in all the major shopping malls.” concluded Ahmed Ibrahim, Product Manager, Virgin Megastore.

GAMES13 will be showcasing the biggest names in video games. The exciting three-day show includes activities like previews of upcoming video games via interactive stands where visitors can play trial versions; a cosplay competition and a merchandising exhibition featuring collector products and memorabilia from today’s popular games. 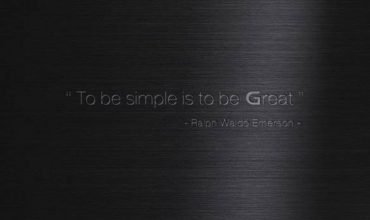 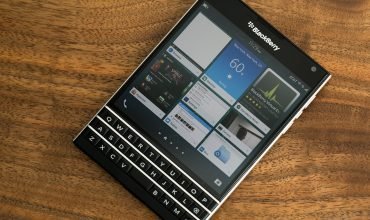