In line with the directives of H.H. Sheikh Hamdan Bin Mohammed Bin Rashid Al Maktoum, Crown Prince of Dubai and President of Hamdan Bin Mohammed e-University (HBMeU), the recommendations of the Board of Governors, and in line with the vision of His Highness Sheikh Mohammed bin Rashid Al Maktoum, UAE Vice President and Prime Minister and Ruler of Dubai, to focus on nurturing Arabic language as an important tool to uphold the Emirati national identity, the Centre for Arabization and Program Integrity (CAPI) of HBMeU, recently released a new Arabic textbook for learners at the Faculty of General Education. This is part of CAPI’s efforts to boost the level of knowledge in all aspects, aesthetic qualities, poetic and features of Arabic.

The new Arabic textbook does not only address traditional writing skills, but it discusses at length the latest developments related to drafting official letters, reporting, CV writing and drafting commercial e-mails and letters. The textbook’s importance stems from the fact that it is an academic reference that contains meaningful information presented in an easy and interesting way. The book addresses modern writing techniques and arts, and presents practical examples of comprehensive use of technical language, through presentation, discussion, exercises and activities.

The new textbook is in line with the objectives of the Arabic Language Charter which was launched by His Highness Sheikh Mohammed bin Rashid Al Maktoum, Vice-President and Prime Minister of the UAE and Ruler of Dubai, to establish the UAE as a global centre of excellence for Arabic language and focus on nurturing the language to uphold the Emirati national identity for future generations, as well as revive its vital role as a language of civilization, science and culture, and enhance its use in general life, particularly in internal and external government transactions.

Dr. Mansoor Al Awar, Chancellor said: “The new Arabic textbook translates the vision of His Highness Sheikh Mohammed bin Rashid Al Maktoum, UAE Vice President and Prime Minister and Ruler of Dubai, to make a real change in the field of education because it represents a cornerstone to achieve the goals of the UAE Vision 2021 and promote the use of Arabic as the queen of languages.”

Al Awar added: “The textbook represents a quantum leap in the field of university courses and the Arabization of the sources of knowledge, giving them a renewed, contemporary spirit. HBMeU was among the first to embody the aspirations of the wise leadership to promote the Arabic language, unlike traditional styles and patterns which have been one of the major reasons the new generation has distanced itself from the native language and refrained from reading about the innovations of Arab intellectuals and scholars.”

Dr. Talal Mohammed Al Darweesh, Head of HBMeU’s Centre for Arabization and Program Integrity (CAPI), said: “The new Arabic textbook is of great importance because it represents a cornerstone in the field of university courses in line with the requirements of scientific progress and civil development, in a bid to build a knowledgeable and educated young generation that is able to lead the overall development process in the UAE.”

He added: “By issuing the new textbook, HBMeU is reaffirming its commitment to launch leading initiatives that aim to consolidate the culture of e-learning and leverage advanced technology and social networking to disseminate knowledge among the youth in the UAE and the Arab World. Rest assured, we believe that this initiative will play a major role in supporting the efforts to establish the UAE as a global centre of excellence for Arabic language.”

The university textbook which is available for HBMeU’s learners consists of five study units; prose and poetic texts, language, grammar, writing techniques and spelling rules. The textbook comes along with a CD that allows Arabic teachers to present information in a modern way that fits today’s trend of using supporting technology and electronic media. The book targets creative UAE nationals who have made valuable contributions to the local renaissance literary movement. The book sheds light on their contributions in the field of literary writing. The book will be available to other universities and academic institutions in the UAE at the beginning of the second semester. 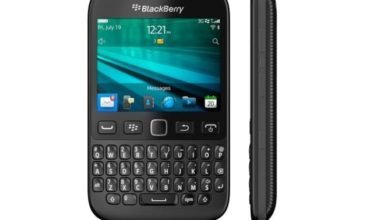