In a major regional telecommunications development, a GCC-wide telecoms consortium has been formed to build a high-bandwidth regional transmission cable system for the region.

The system, to be called the Middle East-Europe Terrestrial System (MEETS) – was both conceived and co-promoted by du, Vodafone, Zain and Zajil.

du will be the landing party in the UAE while Vodafone Qatar Q.S.C. will be in Qatar, Zain in Saudi Arabia, and Zajil in Bahrain and Kuwait. A state-of-the-art 100G optical transport network (OTN) will be built on top of a 1,400km terrestrial fibre optic cable to sustain the growing bandwidth demand of the region. MEETS will cater to regional and international ICT companies, meeting their wholesale capacity needs, while providing a connection to new areas and end customers.

MEETS is designed to be an economically and technically competitive alternative for connectivity within the Gulf; it will also enable a terrestrial route to Europe for reduced latency and higher reliability. Carriers will be able to access MEETS from the Fujairah Landing Station or at the carrier neutral hub datamena.

Osman Sultan, CEO, du, said: “Customers in the Middle East today have ever-increasing high speed data needs as it is becoming an integral part of today’s lifestyle. The announcement of MEETS with like-minded visionary partners is a step towards realizing this need. We are proud to be part of this joint effort that will eventually benefit millions of internet users and telecom customers over a wide geography spanning the Middle East and Europe.”

Scott Gegenheimer, Group CEO, Zain Group, said: “Through the creation of MEETS, we will bring a higher quality of data connectivity and content to our customers in Kuwait, Saudi Arabia and Bahrain. Providing an unsurpassed internet experience will help Zain to retain and attract new customers as well as complement our LTE 4G expansion strategy and support our planned roll-out of dynamic Enterprise services to corporate clients.”

Kyle Whitehill, CEO, Vodafone Qatar, echoed that statement, saying: “This exciting new development is a significant part of Vodafone’s growing commitment to the Middle East region. The UAE is a natural hub for Vodafone operating companies in Asia, Africa and Europe to exchange traffic with each other and partners. We are also pleased to be able to enhance Qatar’s global connectivity in this way, in support of the National Vision 2030. Moreover, to have the opportunity to do so with some of our strongest partners, delivering new levels of customer choice and satisfaction ahead of widespread availability of 4G will further drive bandwidth demand across the region. It is truly an exciting project for Vodafone Qatar and the Vodafone Group.”

Khalifa Al-Soulah, MD and CEO, Zajil Telecom said: “The Middle East is one of the fastest growing regions in the world, which creates an ever growing demand for bandwidth. Regional telecoms need more bandwidth to meet this demand and sustain the growth, as well as more options. MEETS is one such option offered by strong and stable consortium of Telecom partners.”

MEETS will have an initial capacity of 200Gbps and be carried over an Optical Ground Wire associated with a regional high-tension electricity network – reducing the risk of cable cuts. The system will be managed by a 24/7 Network Operating Centre (NOC). 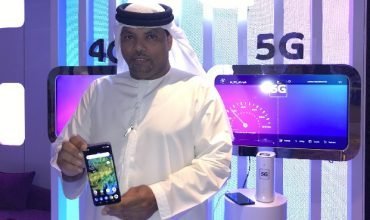 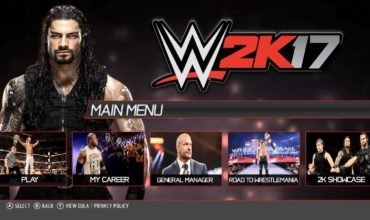