Jumbo Electronics, the UAE’S leading IT, telecom and consumer electronics retailer and distributor

, has announced phenomenal growth in popular product categories, in keeping with the value-added offers from Jumbo at Gitex Shopper this year.

“Each year our Shopper offers are amongst the most eagerly anticipated deals at Gitex and Jumbo has a loyal following of repeat and new customers,” said Nadeem Khanzadah, Head – Retail, Jumbo Electronics. “This year we have amazing value-added offers on all major categories including tablets, laptops, DSLR cameras and panels.

“Our offers have been carefully designed, keeping in mind the growth categories and consumer demand,” continued Khanzadah. “Phones, tablets, DSLR cameras and televisions continue to lead the market this year. The recent high-profile smartphone launches are timed perfectly for Gitex Shopper. For TVs Sony, Samsung and LG are amongst the most popular brands; for DSLR cameras Nikon, Canon and Sony; for phones Samsung, Apple and Sony; and for tablets Apple and Samsung.”

Though Jumbo has been offering a number of reputable brands across many categories, the camera and television offerings were earlier focused on Sony. However, now Jumbo also offers a wider array of high quality electronic products from other select brands such as Nikon and Canon for cameras and Samsung, LG and Sharp TVs.

Technological advances have seen costs of DSLR cameras tumble so increasingly consumers are investing in what was, till recently, strictly professional equipment. The 6 new smartphones being launched across leading brands like Nokia, Samsung, Blackberry, Sony, LG and HTC have also generated considerable buyer interest. “With the launch of the new smartphones and the introduction of new camera and TV brands, we expect at least a 20 percent growth in sales year on year at Shopper this year,” announced Khanzadah.

Gitex Shopper is the most eagerly-awaited consumer event of the year in the region. It offers a litmus test for consumer trends and reiterates the growth witnessed in key categories each year. Jumbo estimates the current sales growth in smartphones at about 30 percent in terms of value across all smartphones during the first half of 2013. For tablets, the current sales growth is estimated at about 100 percent in terms of units across all tablets during the first half of 2013.

Jumbo also expects further growth in flat screen television demand following the eagerly awaited announcement of the World Expo 2020 in November, and growth in projects in the property and development sector following that.

“Shoppers plan a majority of their technology purchases around this time of the year. We have partnered with the Dubai World Trade Centre since the inception of this event and have grown with Gitex Shopper over the years. Jumbo is Gitex. We occupy more than 11,000 square feet of space with over 10 independent stands,” concluded Khanzadah. 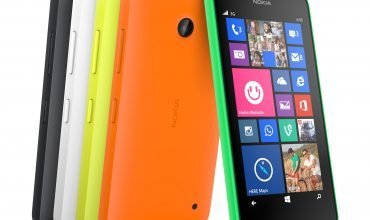 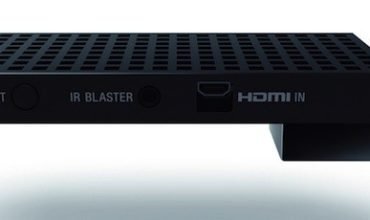