One look at Simmtronics’ XPad Mini Supertab will remind you of the Apple iPad Mini. The tablet comes with a 7.85-inch display with a resolution of 1024×768 pixels, and a form factor that is quite sleek to look at. The XPad Mini Supertab runs on the Android 4.2.2 (Jelly Bean) version of Google’s OS for mobile devices.

Under the hood, the tablet gets its processing power from a quad-core 1GHz CPU coupled with 1GB of RAM. The XPad Mini Supertab also comes with 8GB worth of built-in storage space, which is further expandable up to 32GB via a microSD card. Turn the tablet around and you will find a 5-megapixel camera at the rear of the tablet. In the front, Simmtronics has included a 2-megapixel camera, which can be used for video conferencing. A 4000mAh battery powers the entire package.

On the top right hand corner, you will also find an HDMI output, a microUSB port, and the earphone jack, alongside the reset hole and the mic. Connectivity on the tablet is provided through Wi-Fi, 3G with Dongle or G-Sensor.

The XPad Mini Supertab is quite comfortable to hold due to its size and weight. The overall finishing and build quality is quite good, too, and does not feel as platicky as most tablets in the price range of AED 500 to AED 700 feel.

We were able to also play most games on the tablet, though we did find the XPad Mini Supertab struggling a bit with games that were graphics-heavy. On a full charge we managed to eke out a full day worth of gaming and movie watching session, before it gave up the ghost. If you are on the market for a 8-inch tablet, the Simmtronics XPad Mini Supertab offers a good proposition.

JetSmarter, the Uber for private jets 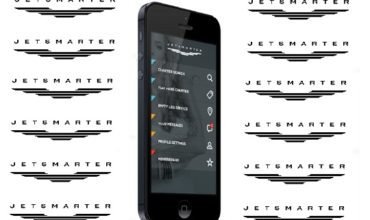