Etisalat, the leading telecom company in the Middle East and Africa, today announced the pre-orders on the recently launched iPhone 5S and iPhone 5C starting today on www.etisalat.ae.

The iPhone 5S is Apple’s flagship smartphone and comes in the same size as its predecessor, the iPhone 5, with a 4-inch screen. The phone also includes Apple’s new A7 64-bit chip, and Apple describes the 5S as the “world’s first and only smartphone” with a 64-bit chip. Phil Schiller, announcing the new phone, described the device’s CPU and graphics as twice as fast in speed as the iPhone 5.

The chip also packs a series of other performance and graphics enhancements. In addition to the A7, the phone includes the M7 motion coprocessor. The M7 “continuously measures motion data,” and includes the phone’s accelerometer, gyroscope and compass.

The 5S will ship with the newest version of Apple’s mobile operating system, iOS 7. This latest iOS is notable for its abandonment of the company’s traditional “skeumorphic” design, which often utilized digital illustrations of real-life objects.

The iPhone 5S will also carry a fingerprint scanner, called the Touch ID sensor, embedded in the home button, which will allow for faster and more secure logins. The scanner, which uses technology Apple acquired last year when it bought security company AuthenTec for $356 million.

The iPhone 5C meanwhile will replace the iPhone 5, is made of polycarbonate plastic, and comes in green, blue, white, red and yellow colours. 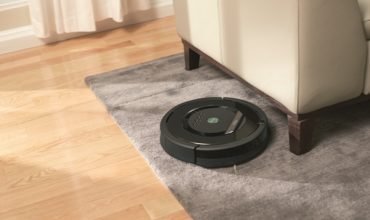 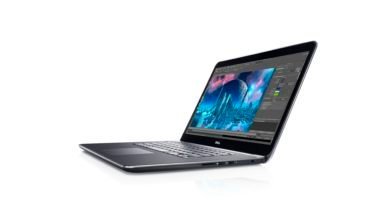