In this highly competitive market, it really is a task for any company to create a flagship product that stands out from the crowd. With the brand new G2, LG seems to have finally done it right with its range of smartphones. The LG G2, feels almost perfect in all aspects, and will prove to be a competition to other smartphones on the market such as Samsung Galaxy S4, HTC One, Sony Xperia Z, iPhone 5S, Nokia Lumia 1020, and so on.

It’s love at first sight with the LG G2 smartphone. One look at it and you will realise that LG has packed the smartphone to the brim with all the latest and some unique features. Right from the powerful Qualcomm Snadpdragon 800 SoC, the 1080p display, the optically stabilised camera, to the finely tuned software, LG’s G2 sounds a very good deal both on paper and in reality. The company has indeed done its research this time around and taken users’ feedback to pack in everything they can into this device to make it a complete package.

Apart from the impressive features, the LG G2 also accompanies an ergonomic design. It features an easy on the eye design, although the overall build quality could have been a bit less plasticky. All the physical controls have been built on the smartphone’s rear – that includes the power button and the volume rockers. You will not a find any button on the edges of the phone or on top. The LG G2 comes with a 13-megapixel camera, a 2.26GHz quad-core processor, and an impressively large 3,000mAh battery.

Like most flagship smartphones on the market, the LG G2 comes with a 5.2-inch Full HD display with a dramatically reduced bezel. This combination maximises the amount of on-screen real estate while keeping the phone’s overall footprint small. The phone is available in both black and white. The LG G2’s display produces amazing pictures – the screen produces colours that are accurate and do not suffer from the familiar oversaturation issues of some rivals. The LG G2 runs on Google’s Android 4.2.2 Jelly Bean OS, with LG’s custom-made skin interface on top. The user interface is quite intuitive and includes all the features and functions that you would expect from a high-end phone. The LG G2 comes with a unique “KnockON” feature, which lets double tap on-screen to unlock and activate the phone.

Speaking of storage, the LG G2 comes in two storage variants – 16 GB and 32 GB – which can’t be expanded through microSD cards. The test model we received for this review came with 16GB of internal memory. Though I found the G2’s storage to be adequate, I would really have liked G2 to come with an expandable storage option, because it gives more freedom to the user to store a decent selection of music and videos.

In strong lighting, the LG G2 is capable of shooting some spectacular images. The processing software and firmware aboard the device manage to get colour reproduction and white balance very accurate, with the selected exposure and ISO often being perfect. The sensor also exhibits decent dynamic range, which brings the details of shadows to life; if you need more dynamic range, a fantastic HDR mode will make high-contrast images look even better.

LG has also added a number of exceptional features in the phone, with the most prominent being the “Answer Me ” feature, designed to allow for automated answering once user places the phone to his/her ear. The LG G2 also comes with a “Plug & Pop” feature that provides a range of options, features, functions and applications when connecting the headphones or a USB cable to it, and a “QuickMemo” feature which allows for the writing of quick notes, as well as the “Guest Mode” feature that protects users’ privacy. Through this feature, you can choose what to display for each person using the handset, thus running a locking mode of its own.

The handset can also be used as a remote control for home appliances, as it supports infrared technology. The “Slide Aside” feature also enables users to use three fingers on the application to drag to the right, or to save it in the background. Having wowed me with its screen, the LG G2’s performance continues the trend, with the 2.26GHz quad-core Qualcomm Snapdragon 800 processor marking the phone out as one of the speediest on the market.

The LG G2 features 3G and 4G connectivity and performs awesomely across both network types. Connections proved strong during call and online use, and we suffered no unexpected signal loss or dropped calls during our time with the phone. Call quality was sharp and clear and volume was easily managed using the rear-mounted controls.

The LG G2 manages to squeeze a sizeable 3,000mAh Lithium-Polymer juice pack under the hood. In real-world terms this is said to equate to two days’ worth of moderate to heavy usage. In real-world tests, the LG G2 offers a battery life of 1.5 days, which is not bad compared to most smartphones on the market. The LG G2 is an impressive return to smartphone prominence for the South Korean company and hence wins Review Central’s Editors’ Choice award. If you are on the market for a new smartphone, the LG G2 should really be on your top five list. 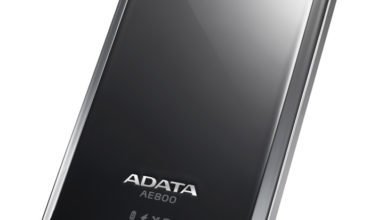