Fujifilm announced the launch of the X-E2, the fifth premium interchangeable-lens camera from the acclaimed X-Series in the UAE. Building on the global success of the highly acclaimed Fujifilm X-E1 – awarded 2013’s Best Expert CSC by the Technical Image Press Association – the X-E2 takes image quality to a dynamic new level that is comparable with full-frame cameras. It delivers even more beautiful colour reproduction, higher definition image capture, and that world’s fastest Autofocus speed of 0.08 seconds.

This is achieved by more than doubling the processing speed of the EXR Processor II. It is able to harness the information taken from over 100,000 phase detection pixels incorporated in the X-Trans CMOS II. The hybrid AF also combines phase detection AF and contrast AF to ensure accuracy when shooting low-contrast subjects and dark scenes.

The 16.3 million pixels APS-C sized X-Trans CMOS II Sensor incorporate an original colour filter array. This eliminates the need for an optical low pass filter that typically minimizes moiré but does so at the expense of resolution. Instead, the X-Trans CMOS II sensor can capture unfiltered light from the lens for an unprecedented level of image clarity.

Quality is further improved by the Lens Modulation Optimizer (LMO). Its high-precision processing of the various lens parameters as well as data from the screen centre to the edges corrects diffraction blur when shooting with a stopped down aperture and compensates for the slight blurring in the lens periphery. The result is edge-to-edge image quality with incredible sharpness. LMO will be compatible with every XF lens.

The X-E2’s prestigious feel continues with the combination of aperture ring on the lens and shutter dial on the top of the body as seen in its predecessor. This allows full shooting control while keeping your eye to the viewfinder. The X-E2 is available in solid black or two-tone black and silver.

Thanks to the X-E2’s ultra-fast response you won’t miss a photo opportunity. In addition to achieving a world’s fastest AF, the X-E2 has a rapid start-up time (0.5 seconds), virtually no shutter lag (0.05 seconds), and high-speed continuous shooting of 7.0 fps (up to approx. 28 frames).

The X-Trans CMOS II sensor controls moiré and false colour generation by using an original colour filter array with a highly randomized pixel arrangement. This removes the need for an Optical Low Pass Filter (OLPF) that degrades resolution. This is the same sensor as used in the highly acclaimed and award-winning Fujifilm X100S.

The X-E2 continues to use the combination of a manually adjusted aperture ring and a shutter speed dial on the top plate that was well received by X-E1 owners. It allows the user to shoot and operate the camera without needing to look away from the viewfinder. Exposure compensation has been increased to the scope of ±3 EV. Every X-E2 owner can also customize up to 4 buttons on the top and back of the camera to suit their own shooting style.

Manual focus has been made easier by the inclusion of Digital Split Image technology. This helps the user achieve pin-sharp focusing by simply adjusting focus to line up the four stripes displayed in the central part of the live view and match the left and right split images

The X-E2 shoots Full HD video (1920×1080) up to 60fps and the AF tracking performance in movie mode has been improved with good focusing speed, accuracy and smoothness. Quick focusing on the subject is possible in a variety of situations, such as when panning and zooming, or when the subject moves closer to or further from the camera.

You can easily transfer images wirelessly from the X-E2 to your smartphone or tablet after installing the free Fujifilm Camera Application app. 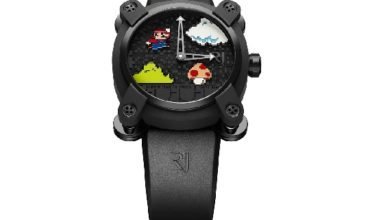 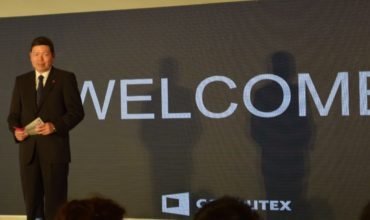