The 2,700-square meter stand, accommodated 32 government entities, and attracted over 10,000 visitors, thereby contributing to raising public awareness about eServices and smart government during the exhibition.

H.E. Ahmad Bin Humaidan, Director General of Dubai Smart Government Department (DSG), said: “This year’s  edition of GITEX was held just after the smart government initiative announced in May 2013 by HH Sheikh Mohammed Bin Rashid Al Maktoum, Vice President and Prime Minister of the UAE and Ruler of Dubai, and came in implementation of the directives of HH Sheikh Hamdan Bin Mohammed Bin Rashid Al Maktoum, Crown Prince of Dubai and Chairman of Dubai Executive Council, for a shift to smart government and government services on smartphones. So this year’s GITEX was a qualitative edition that differed from previous ones in terms of both look and feel and content.”

Bin Humaidan added: “Our participation provided the audience, specialists and visiting delegations with a significant opportunity to explore the latest eServices and smartphone apps offered by Dubai Smart Government and our government partners under one roof. This will certainly boost the demand for such types of services and apps  from citizens, residents, visitors and businesses.”

Bin Humaidan noted that the number of participating government entities rose this year to 32 compared to 26 last year, up by around 25%. The joint co-operation with these entities contributed to the success of Dubai Smart Government’s stand and reflected a realistic image of government integration. He said: “I would like to thank all the participating government entities and their working teams which spared no effort to achieve the goal we all sought to ease the life of customers and making them happy while using government services. I would like also to thank all our visitors including official delegations, businesses and the community in appreciation of their high confidence and continuous support year after year.”

Apart from showcasing its integrated services to government entities, DSG focused on the launch of smart apps including mDubai: for communicating with Dubai government departments and keeping track of government updates, most used services and contacts.  The second app, mPay: has Dubai Police, DEWA, RTA & Etisalat payment services all in one app.

During Gitex 2013, DSG also launched the MyID portal, which provides a unified and secure electronic identity and one single sign-on using the Emirates ID card. DSG also launched smart apps for Dubai government employees including an app for HR self-services, and one for government procurement. A business intelligence (BI) system to support decision-making within government departments was also launched.

To promote eServices, ensure engagement and raise adoption rates, DSG once again supervised the Best eCustomer Contest with the participation of 5 government entities. DSG also launched  19 customer satisfaction surveys, 11 for the government sector and 8 for the public, while rewarding lucky participants and stand winners with more than 100 smart devices including smartphones and tablets.

To ensure better reach during Gitex, DSG tweeted an average of 34 tweets per day and approximately 282,000 messages by SMS and launched its official Instagram account. DSG also organized 60 lectures and presentations while capturing each day’s activities on a dedicated television programme on Sama Dubai.

On the sidelines of GITEX, DSG held several meetings with specialists and decision-makers with the aim of enhancing collaboration, bolstering participation and exchanging knowledge. In this connection, DSG’s stand saw the signing of over 20 MoUs including 16 among the government entities participating in the stand and 4 in the framework of DSG’s provision of technical support and shared eServices to Dubai Courts, Public Prosecution, Dubai Police and Awqaf and Minors Affairs Foundation. 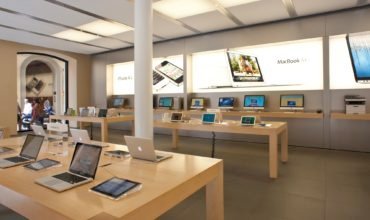