Microsoft has added collaboration functionality to its Office Web Apps suite in an effort to compete with Google Docs and other online offerings. Microsoft’s Amanda Lefebvre introduced the new features in a post on the Office 365 Technology blog.

The new features include real-time co-authoring and the ability to simultaneously edit documents in Word Web App, PowerPoint Web App, and Excel Web App. This means users sharing documents — whether it is colleagues, friends or family — can access documents and make changes at the same time. The new feature has safeguards in place to limit duplication of work.

“New real-time presence helps you see where your co-authors are working in the document so that you don’t create conflicts as you edit,” wrote Lefebvre. “Additionally, the new ability to see changes to text and formatting as they happen will help you and your co-authors stay on the same page as your ideas develop and evolve.”

The Office Web Apps are a free alternative to Office. The apps were created as online versions of the core Office applications and went live in 2010. It competes with Google Docs, and also Writely.com, an online word processor that started five years before Office Web Apps. The 2010 version was a Web-based version of Microsoft Office 2010, which included Word, Excel, PowerPoint, and OneNote. It is referred to as a companion more than a replacement or alternative for the Office suite.

In addition to co-authoring, Microsoft added enhancements to each of the components of the suite in the update. In Word Web App, Microsoft improved formatting controls. “New features include ability to find and replace words and phrases, apply styles and formatting to tables, and insert headers and footers for more professional reports and papers,” said Lefebvre.

Excel Web App gained the ability to drag and drop cells and reorder sheets to make it easier to work with spreadsheets online. “The Excel Web App will give you a quick analysis of a range of data right in the status bar, including sum, count, and average of a selected range of cells. And we now support more workbook types online, you can now open and interact with spreadsheets that have Sheet Protection,” Lefebvre wrote.

PowerPoint Web App has a new picture cropping functionality. With the new feature, users have more control of visuals in presentations. Microsoft also made managing files online more streamlined by allowing users to change the name of files within the editing window of the PowerPoint Web App.

Microsoft has put some energy into Microsoft Web Apps. It previewed an update earlier in the year, and said it plans to offer Web apps for Android. It currently supports iPads and Windows 8.

“We’re still on track to enable editing from Android tablets, so you can access Office files and tools from even more devices. And of course, we’ll continue to bring the Office features that you value most to the Web so you can more easily create Office files from start to finish online,” Lefebvre said.

Toyota and Suzuki to Work Together on Green Initiatives 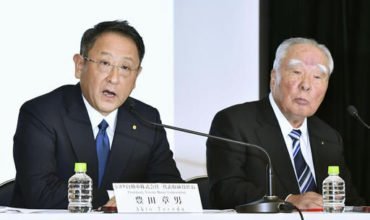 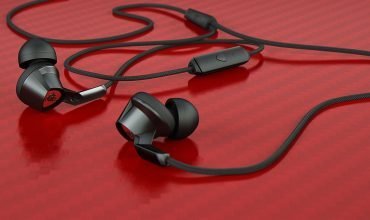