Former Nokia CEO Stephen Elop, who is one of the top candidates in a recently narrowed down list to take over Steve Ballmer’s job as Microsoft CEO, would reportedly consider killing Bing and selling the company’s Xbox business.

That is according to a new report from Bloomberg, citing people with “knowledge of this thinking.” Elop would reportedly want to narrow this company’s focus, and get rid of distractions. “Besides emphasizing Office, Elop would be prepared to sell or shut down major businesses to sharpen the company’s focus, the people said. He would consider ending Microsoft’s costly effort to take on Google with its Bing search engine, and would also consider selling healthy businesses such as the Xbox game console if he determined they weren’t critical to the company’s strategy, the people said,” says Bloomberg in the story.

Earlier this week, investors drove Microsoft shares to their highest price since mid-2000, after Nomura Holdings Inc. analyst Rick Sherlund said the sale of Bing and Xbox, along with other moves, could lift fiscal 2015 earnings by 40 percent.

Elop came over to Microsoft when the company bought Nokia’s phones unit a couple months ago. He had worked for Microsoft previously, and his name was already being thrown around a lot as a candidate for Ballmer’s replacement. He stepped aside as Nokia President and CEO to become Nokia Vice President of Devices & Services.

A spokesperson called Bloomberg’s report a “foray into fiction,” but it’s not like even Microsoft’s PR has a window to Elop’s brain. It’s unclear how these people with “knowledge of his thinking” do, but it’s not outside of the realm of possibility that there’s something to the report.

We won’t delve much into the Xbox side of things here (though that’s a interesting story in itself), but everybody knows that Bing has been an incredibly expensive venture for Microsoft, and has made little gain in terms of search market share against Google.

Last month, Microsoft did report 25% growth in its online services division, which includes Bing. The loss fell 12%. Peter Bright at Ars Technica, who challenges the legitimacy of the Bloomberg report to begin with, writes, “As a standalone business, Bing is heading in the right direction but for the time being, it is still a money pit. Getting rid of it would improve Microsoft’s finances to the tune of about a billion dollars and change each year, something around a five percent improvement in operating income.”

“The problem with this superficial analysis is that Bing isn’t a standalone business,” he adds. “I’m sure Microsoft would be happier if it could stand alone—if nothing else, it would help put an end to the ‘Microsoft should get rid of Bing’ chatter—but there’s more to the value and importance of Bing than just the bottom line.”

He goes on to make the case that Microsoft essentially needs Bing for the data, and for feature integration into its operating systems to compete with Google and Apple. This is certainly a valid point as Android and iOS continue to get smarter.

It’s true that Microsoft needs to have the kind of personal connection to users that Google and Apple (especially Google) are able to get by other means. Search is obviously a major component of such a connection. Social is another, however, and with Bing, Microsoft gets a special window into the Facebook and Twitter realms that Google does not, thanks to the companies’ partnerships (Bing and Twitter just renewed their’s).

And if Microsoft killed Bing, where would that leave Yahoo? It is worth noting that Microsoft co-founder Paul Allen also reportedly thinks Microsoft should get rid of Xbox and Bing. du and the UAE Ministry of Education Distribute 12,000 Books to 226 School Libraries 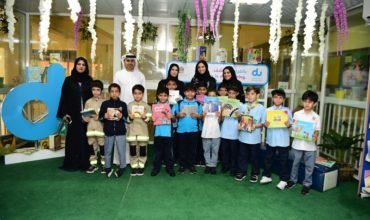