LG announced the unveiling of its newest G and V series flagship smartphones at MWC 2019 as the company introduced its first 5G phone, LG V50ThinQ 5G, alongside the new LG G8ThinQ for a double dose of excitement.

Giving consumers the ability to enjoy all 5G has to offer as soon as service becomes available, the groundbreaking LG V50ThinQ 5G has been carefully crafted to provide an exceptional user experience and has Dual Screen. LG’s first 5G handset will exceed expectations, offering uncompromising reliability and allowing users to experience high-quality content at 5G speeds, expected to deliver up to 20 times the speed of 4G.

LG has gone all out to boost the display and audio performance of LG V50ThinQ 5G. A 6.4-inch QHD+ OLED FullVision Display with 19.5:9 aspect ratio offers users a heightened sense of immersion whether they’re viewing a video or enjoying a game.

Audio has been upgraded to produce a superb stereo performance that can be enjoyed with or without headphones. With DTS:X technology onboard, LG V50ThinQ 5G allows users to experience surround sound that enhances the quality of any content to create a realistic soundscape with suburb clarity and depth. The phone also supports Qualcomm aptX and aptX HD audio technology for premium Bluetooth audio quality and low latency ideal for immersive listening experiences over headphones or earbuds. 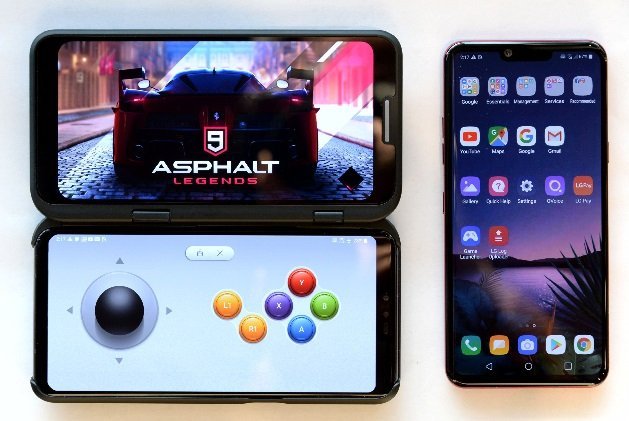 LG’s 5G smartphone features optical innovations that enable users to take extraordinary pictures and videos of the highest quality. Looking beyond still images, LG implemented Video Depth Control in both the front and rear cameras to ensure that moving subjects remain in focus. By analyzing distance and depth with Dual FOV technology, users can capture exactly what they see making it possible to produce videos that look incredibly polished and professional.

LG’s first 5G device is powered by the newest Qualcomm Snapdragon 855 Mobile Platform with the Snapdragon X50 5G modem and LG’s optimized software to deliver the advanced processing power required for 5G. The phone is also equipped with a 4,000mAh battery, 20 percent larger than in the V40ThinQ, and a new Vapor Chamber heat-dissipation system which is more effective than conventional heat pipes to keep internal temperatures low and support sustained apps processing performance even when multitasking.

Inheriting the V series’ thin, stylish design, the LG V50ThinQ 5G is only 8.3 millimeters in thickness and weighs only 183 grams. To maintain its sleek profile with uninterrupted lines, the rear lens housing on the new V smartphone are completely flush with the back of the phone. All this is achieved without sacrificing the durability of the LG V50ThinQ 5G, which continues to comply with 14 U.S. military MIL-STD 810G standards.

In preparation of the rollout of its first 5G phone, LG is partnering with 10 major carriers in markets where 5G service will be launched this year, including the United States, South Korea, Australia as well as a number of European countries.

LG G8ThinQ carries on the tradition of offering consumers worldwide a palette of convenience-enhancing features with a focus on delivering advanced optics and audio capabilities. What’s more, the subtle, understated design philosophy that discards all nonessential design elements gives the LG G8ThinQ an undeniably stylish appearance. Flawless aesthetics are not limited to the front of the device as its zero-protrusion rear camera creates a satisfyingly smooth surface. Crystal Sound OLED, an audio advancement that uses the smartphone’s display as a speaker diaphragm, eliminates the need for a front speaker, adding to the minimalist aesthetic.

The Z Camera is implemented to advance the user experience with Air Motion. Without touching the phone – useful especially when driving – users can answer or end calls, take screenshots, switch between applications or adjust the volume. Controlling the LG G8ThinQ is as simple as waving a hand or pinching the air, increasing convenience for active consumers when wearing gloves or swimming.

LG’s Pink Version of the V30 is Now Official 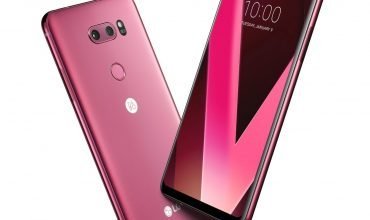 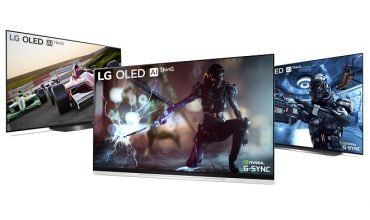