2017 has indeed been a great year for PC enthusiasts and gamers alike, as the newly released AMD Ryzen processors are the perfect alternatives to Intel’s costly 6/8-core CPU line-up. AMD also wants a piece of the cheaper PC market share, and so, they recently launched the Ryzen 3 processors for entry-level PC builds. The consumer line-up of the Ryzen 3 series comprises of the R3 1300X and the R3 1200, featuring 8MB of L3 cache and a modest TDP of 65W. While these specifications are quite close to the Ryzen 5 1400 processor, there are some differences.

For instance, unlike the concept of having double the number of threads per core, the AMD R3 1300X has only four computing threads to go with the four ZEN cores. The lack of more threads means the R3 1300X isn’t really suited for high-speed video rendering jobs as the Ryzen 5 and Ryzen 7 chips. But that doesn’t mean the R3 1300X isn’t any good. The closest competition for the R3 1300X is the 7th generation Intel i5-7500, which also has a 65W TDP and based on the 14mm fab-process. While the Intel chip may have a slightly faster default clock speeds (Base: 3.40 GHz, Turbo: 3.80 GHz), the R3 1300X has the advantage of unlocked multipliers for some overclocking. The 1300X operates at 3.50 GHz out of the box for base speeds and goes a bit ahead to 3.70 GHz for Turbo mode. If you haven’t noticed, the R3 1300X has the “X” designation (XFR), which indicates that the CPU can automatically clock a little higher with the presence of a good cooling fan or AIO. Speaking of cooling, the R3 1300X comes packed with the modest Wrath Stealth stock cooling fan. For benchmarking the R3 1300X, we got an MSI B350 chipset based, Tomahawk motherboard, which consists four DIMM slots up to 2667 MHz DDR4 speeds (two 8GB Corsair Vengeance DDR4 RAMs used), USB 3.1 Type-C port, seven USB 3.1 Type-A ports, one M.2 Turbo slot and more. The first thing we would want to show is the minimum and maximum temperatures that we noted while benchmarking the CPU. With the Wraith Stealth cooler, the 1300X sat at an average of 44 degrees Celsius when idle, and went up to 73 degrees under load. These temperatures are not that bad and can be improved by using a better air cooler. 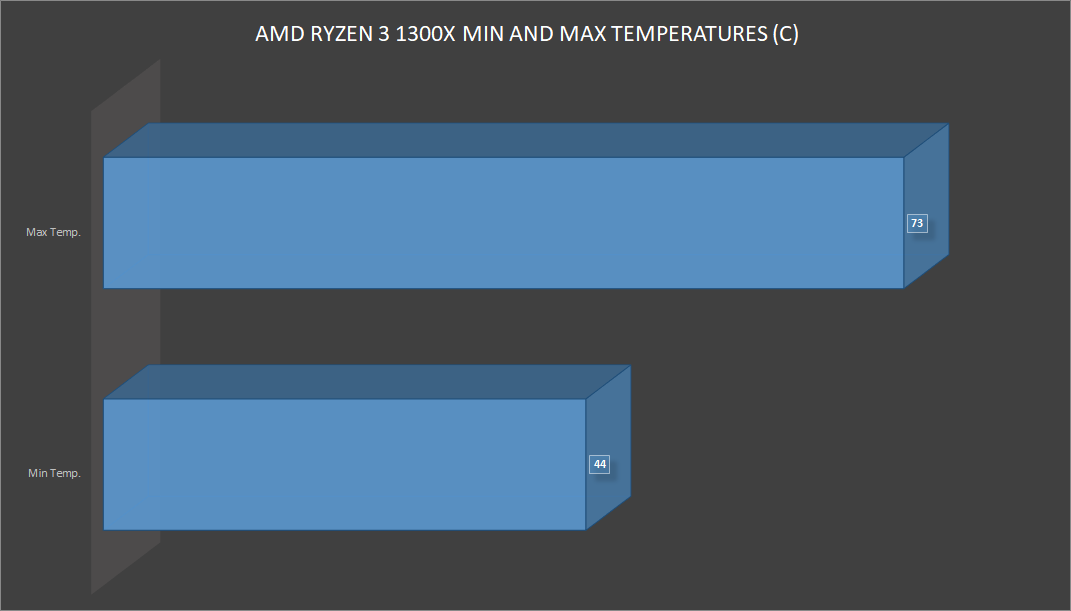 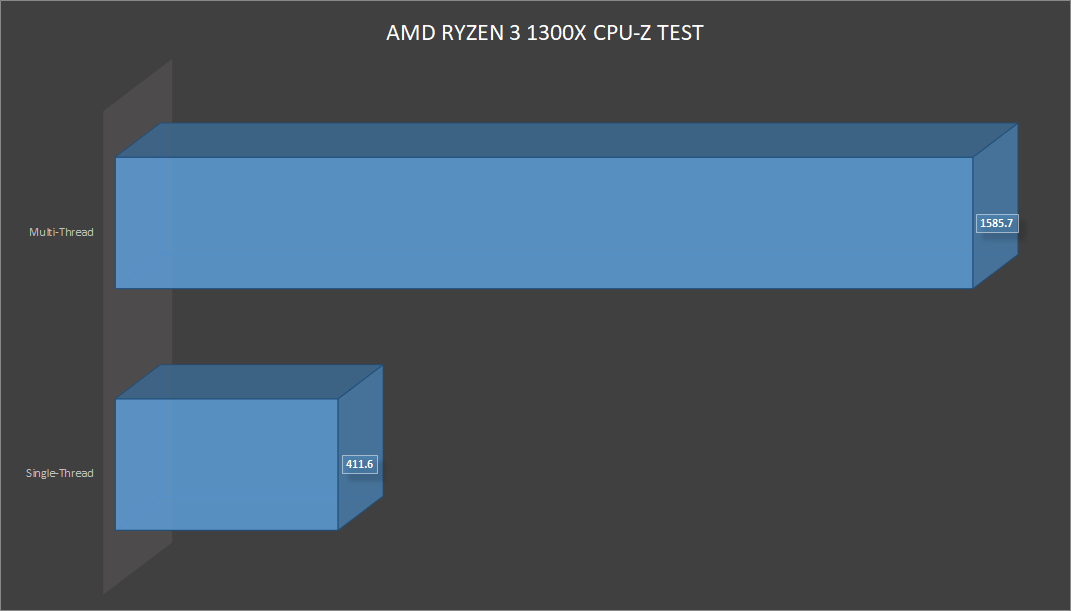 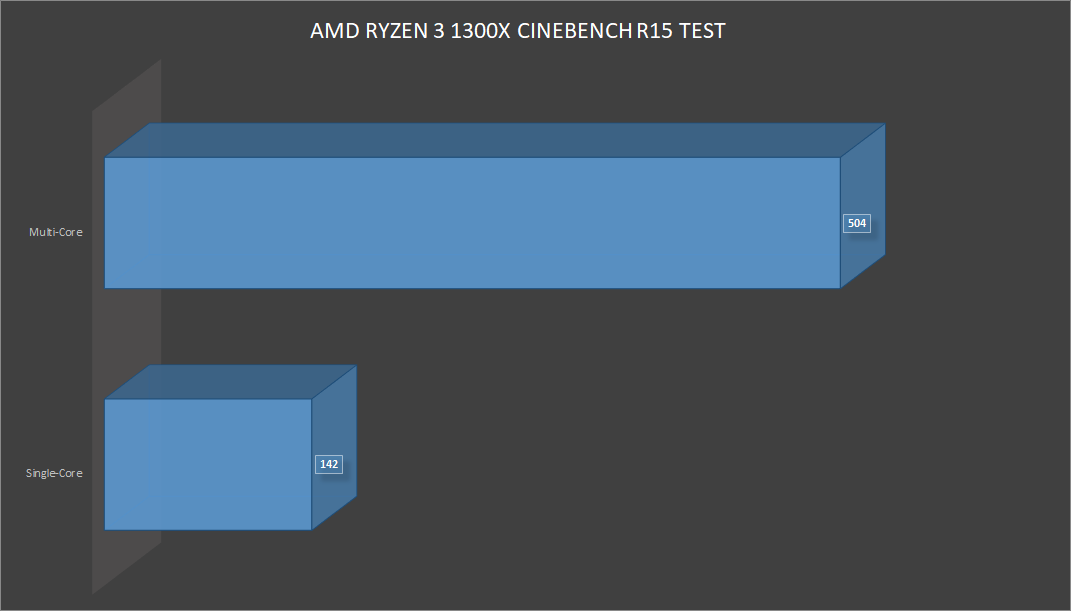 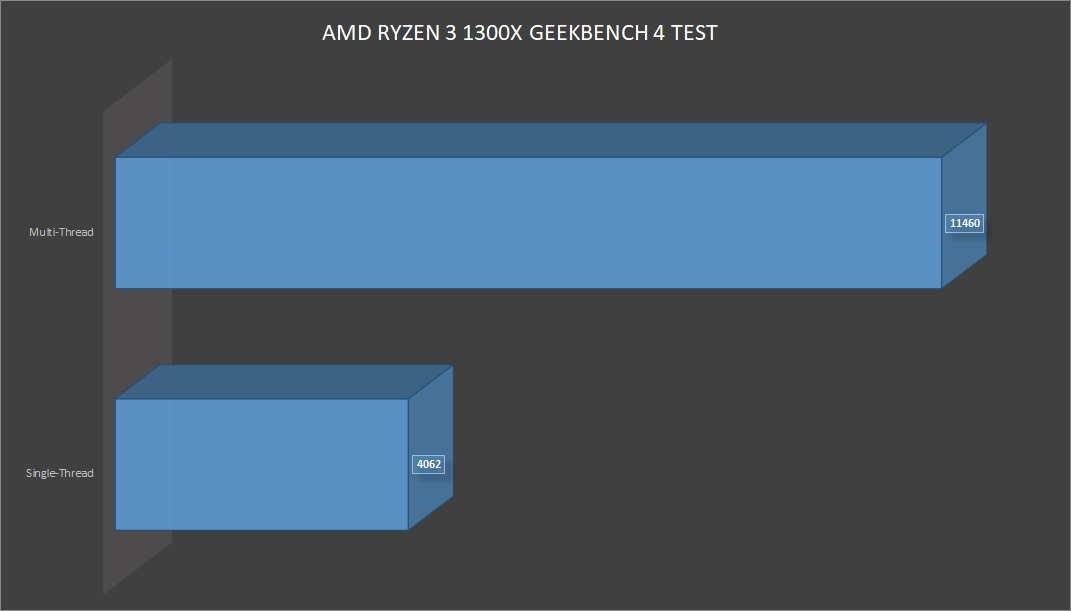 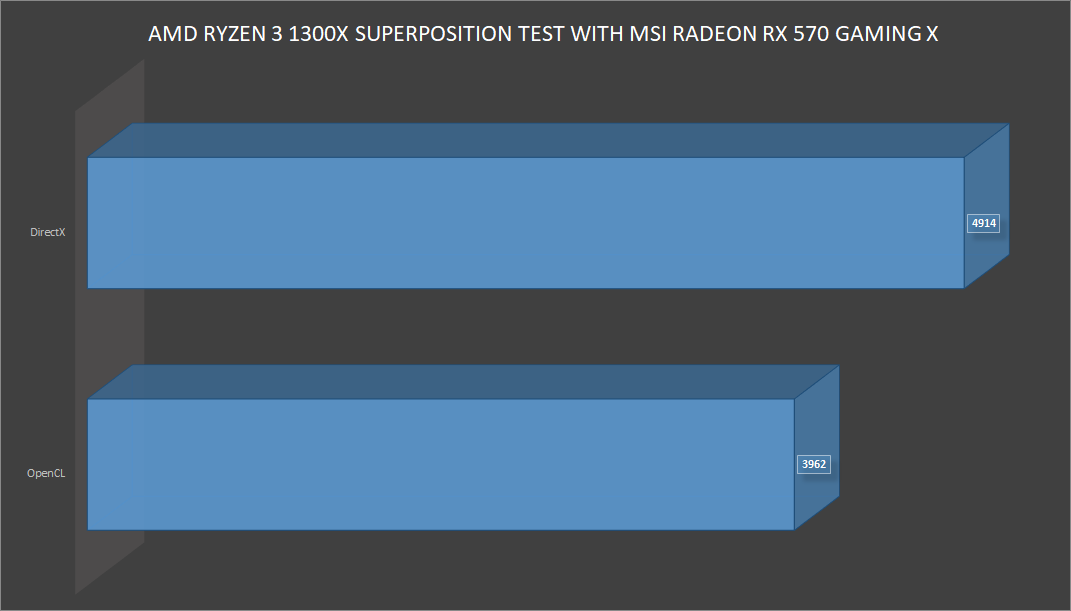 The 1300X may not be a high-end CPU, but it does deliver some decent numbers for the price. But the real factor is how it performs on gaming. The games that we tried are benchmarked at high presets with the Radeon RX 570. 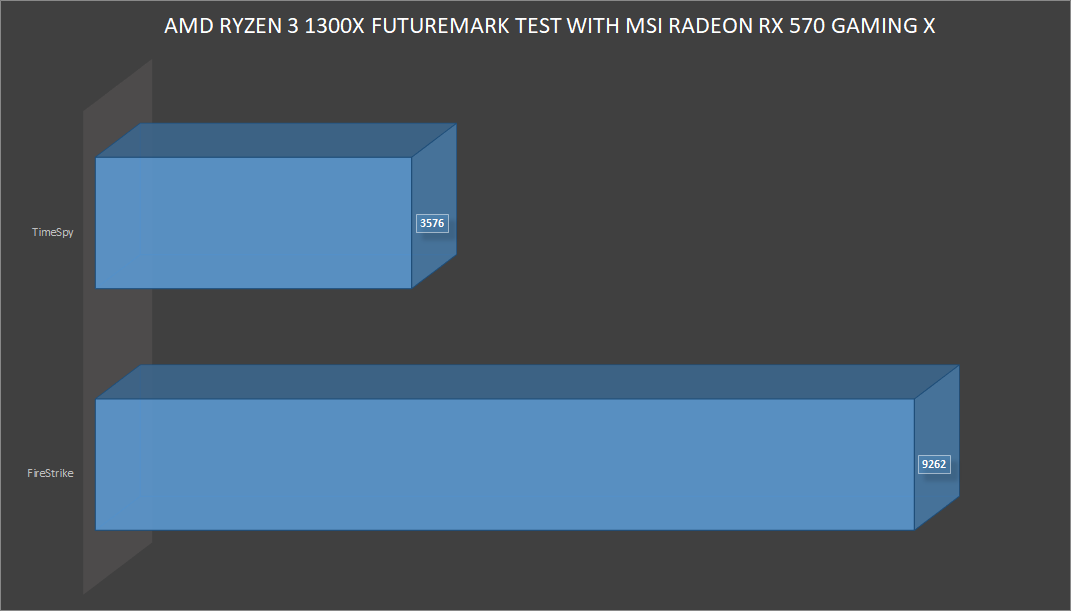 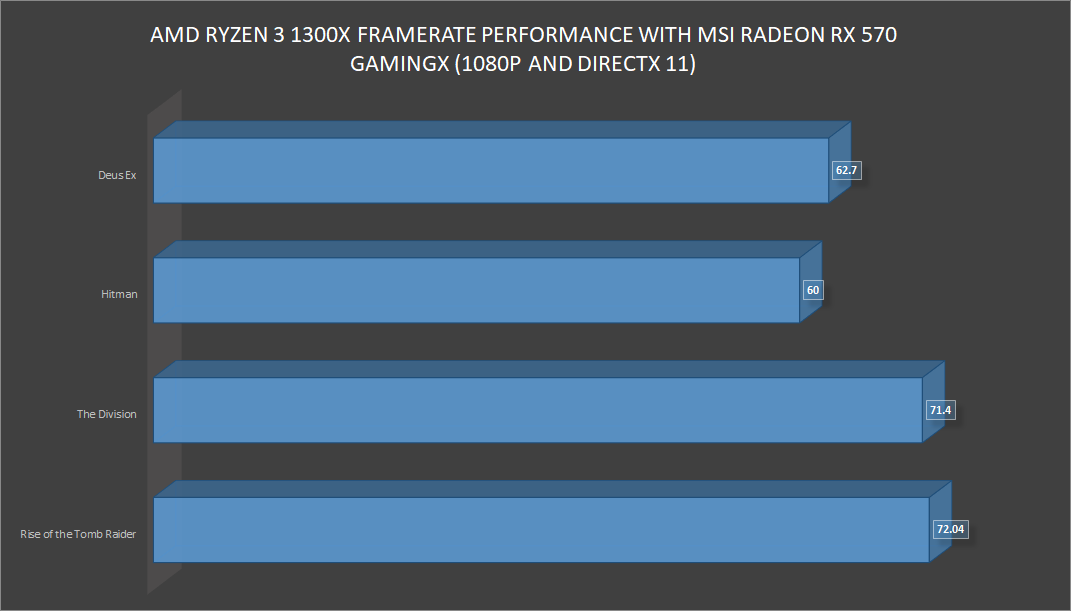 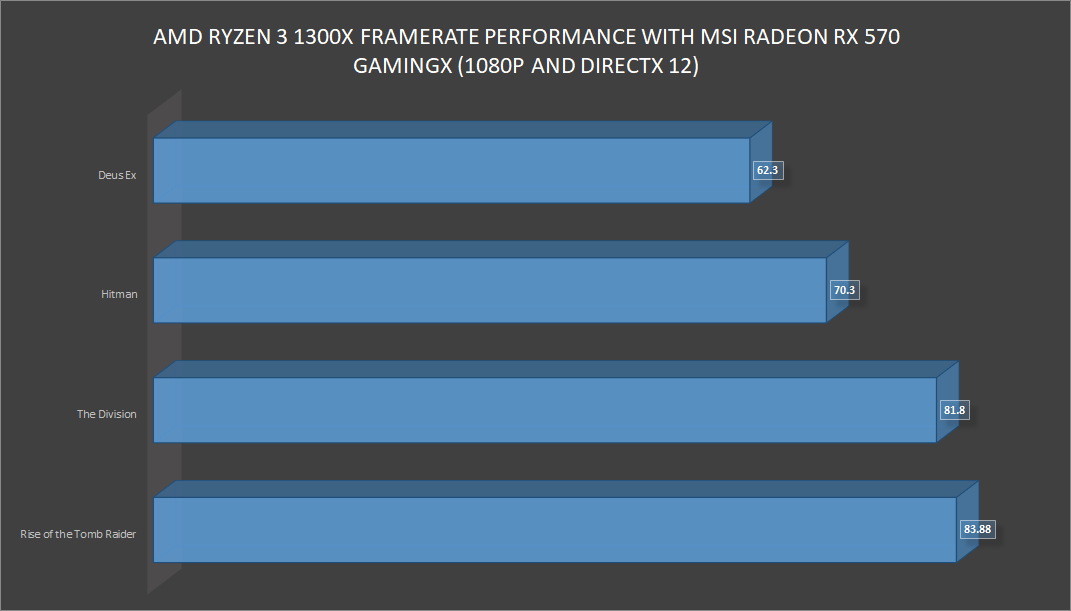 For an entry-level Ryzen processor with a mid-range Radeon card, these numbers are absolutely great for 1080p gaming and we are impressed. The biggest advantage is the performance gain when played at DX12 modes when compared to the DX11 scores. The Division, Rise of the Tomb Raider, and Hitman achieves almost 10fps more with DX12.

As Ryzen 7 processors easily beats its Intel counterparts with respect to price, the same concept follows with the entry level Ryzen 3 chips. The Ryzen 3 1300X costs about AED 521, which is cheaper than the dual-core Intel i3-7300 processor, and mind you, this Intel chip is even slower than the Intel i5-7500. That adds a lot of value/price ratio for the Ryzen 3 1300X as the perfect budget processor. We would recommend budget gamers to consider the 1300X for their new entry-level system. We will soon be posting a review of the cheaper Ryzen 3 1200 processor that performs almost as good as the Ryzen 1300X. 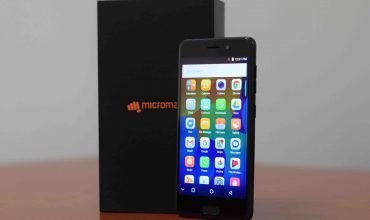 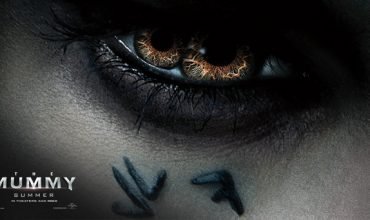 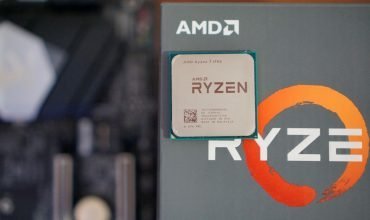